eSports: History and Top Tournaments of 2021

eSports: History and Top Tournaments of 2021 : When people think about betting on sports, they think about classic sports like football, golf, and tennis. However, with the increase in technology and more people playing online games than ever before, eSports tournaments have grown. If you play any games online as a beginner, you will know how frustrating it is when you get slaughtered by people that assumably spend their life playing. Well, people that compete in tournaments take this to another level and play for cash prizes, and you can get in on the action by keeping up with the odds and betting on the action.

Although eSports is a relatively new concept, competitive gaming can be traced back to 1972 at Stanford University, where 20 people competed in the Intergalactic Spacewar! Olympics. The winners of the competition won a year’s subscription to the Rolling Stone Magazine.

In the late 1970s, games started to hit the mainstream, with people trying to beat top scores at the local arcade. However, despite some challenges, huge tournaments took place with the first being the Atari National Space Invaders Championship.

The early 1980s bought about the creation of the Twin Galaxies database by Walter Day, which is an official database of video game records still used today. Throughout the 80s, Day would tour the US with a team of gamers and challenge anyone who wished to come forward. Eventually, they ended up in the Guinness Book of Records.

In 1988, the first online game, called Netrek, was introduced and paved the way for the future of eSports. It pitted 16 players against each other in space and involved real-time strategy. In 1993, as internet connectivity increased, Netrek was announced as the first online sports game.

The first official eSports tournament, in the sense that we know it today, was the Red Annihilation Tournament which bought together over 2000 players – Dennis ‘Thresh Fong’ was the winner of this event that took place in 1997.

Since then, the world of eSports has grown exponentially with sponsors and developers growing the gaming world and providing even bigger prizes. Now, you can even bet on the outcome of eSports at many renowned online casinos. You can find a list of casino sign up offers here at Online Casinos, along with a world of information about online gambling, including statistics and odds.

One of the most renowned eSports events in the world today is League of Legends (LOL) and it offers high-stakes and brilliant entertainment just like any other sporting event. In 2020, the championship saw a staggering 3.8 million viewers and a tournament prize pool of $6.4 million in 2018. Furthermore, LOL is part of a group dubbed “The Big Three” which refers to the three most popular eSports in the world.

The 2021 LOL World Champion should be no different. Throughout the year, numerous leagues compete to play on the world stage. If you want to get in on the action and experience the game from a different perspective, consider the LOL fantasy league.

Another entry, part of the big three, is Defence of the Ancients 2 (Dota 2). This game has given some of the largest prizes in eSports history, with an eye-watering $34 million for the International 2019 in Shanghai. Speculation surrounding upcoming international tournaments predict winnings to be at $40 million, which would make it a record-breaker for winnings.

The game itself is published by Valve and is a battle arena style game in which two teams of 5 compete to hold their bases.

The last of the big three, Counter Strike: Global Offensive, is a team-based shooter game that pits two teams against each other in a race to either diffuse a bomb or plant and defend it. Released in 2012, this game became hugely popular and is currently free to play on the Steam game service for PC.

Although there has been a halt in competitive proceedings, the 2021 Professional Gaming League (PGL) Major Championship, held in Stockholm, promises to draw the largest viewership yet and has a record grand prize of $2 million.

You can get in on the betting action through the year at the most reputable online casinos. To save yourself some money, there is a multitude of casino sign up offers available.

EA’s FIFA game series doesn’t need any real introduction because it’s one of the most popular sports-based video games. It should come as no surprise that the game holds professional level tournaments, such as the FIFA eChampionships (eCL) which is set to award the winning team with a prize pool of $280,000. Despite not being as lucrative as the other entries, this eSports event still deserves a spot on the list.

If you haven’t already, you can try your hands at the game for free with the Xbox Games Pass that now includes EA: Play. Who knows, maybe you will rise to the top and find yourself competing against professional players around the world.

Originating in 1998, Starcraft is one of the first competitive eSports tournaments. The game has lost some fandom in recent years, but there have still been plenty of tournaments for people to sink their teeth into. Although this game isn’t the most popular eSports right now, it deserves a place on this list through its long-standing run.

The game blasts players off into space as they compete in a Real-Time Strategy (RTS) game for galactic supremacy against two other players. To get the low-down on everything StarCraft, take a look here.

The concept of eSports is still relatively new but is growing year on year. Although these tournaments haven’t hit the mainstream, it’s only a matter of time until they do. Get ahead of the trend rather than jumping on the bandwagon later on. Try your hand at playing the games and keep track of tournament developments. You never know, the eSports professionals of today could be the sporting heroes of tomorrow.

How To Enable Managers to Unlock Employee Productivity Potential in 2021

What are the Common Mistakes When Using Wi-Fi?

7 Tips For Optimizing the Basement Space of Your Home

Key Points for Your Wi-Fi to Work Well

How Does the Specialization of Digital Marketing Work?

Best Apps that Will Help you in Moving! – Many people think that moving is extremely difficult and time-consuming process…. 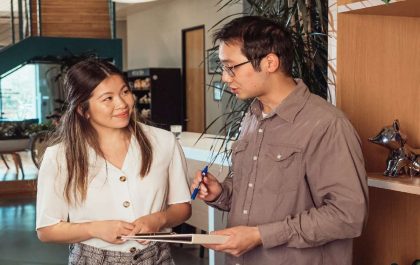