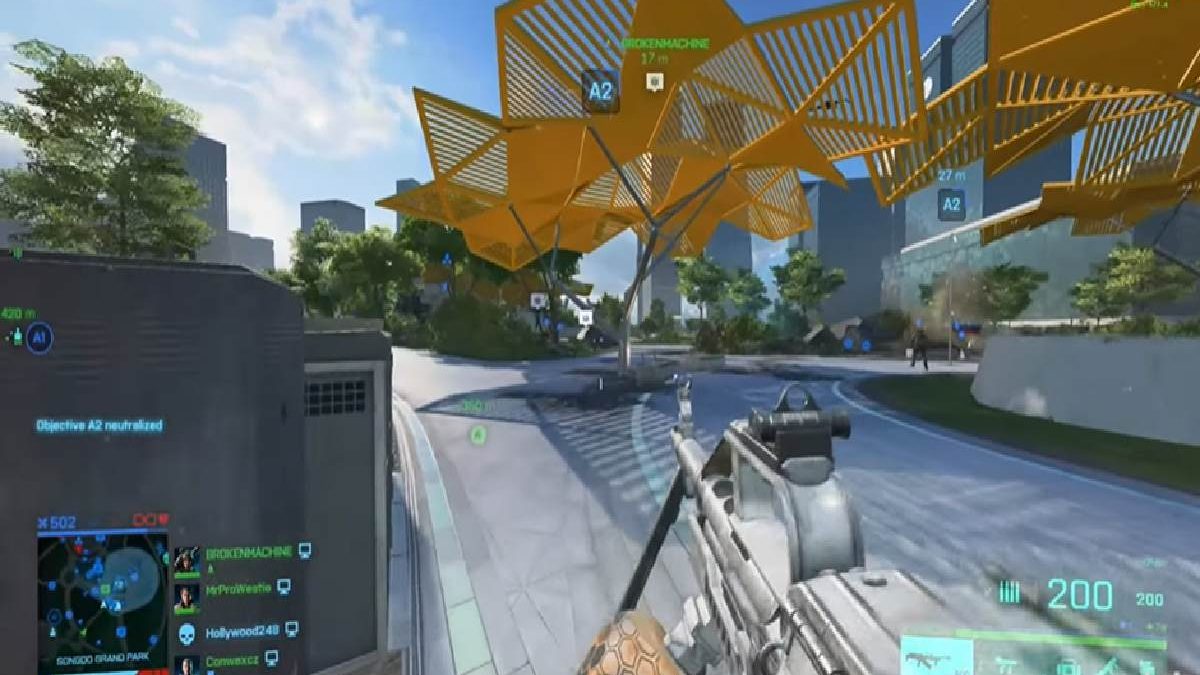 How to Play Battlefield 2042 with Friends – One of the best things about team-based games is that someone else will watch your back amid the terrible gunfights. So that’s one of the exciting things about the Battlefield 2042 video game. This game is even more exciting now that the Beta version that we all played has incited the developers to add a lot of improvements to it. Moreover, the November 19 full launch is around the corner, and we can’t wait to embrace the challenge.

But the question on everyone’s lips is how to play Battlefield 2042 with friends. If that’s your concern, don’t worry. This article will deal with that and also discuss whether the game supports cross-platform play. Moreover, you can head to https://aimclub.io/battlefield-2042-hacks-cheats-aimbot/ and discover more details about the futuristic battle.  With that said, let’s see how to play with your friends.

Steps on playing Battlefield 2042 with friends

You will start the process by launching the game on the platform you use. At least we know the game will be available on PC, Playstation 5, Xbox Series, PlayStation 4, Xbox One, etc. So, as soon as you launch on any of them, search for the “Social” button on the right corner of the game’s home screen.

Once you choose the button, all your friends will appear. Also, all other Battlefield 2042 gamers who played in one lobby with you will appear. Then check the players you know and start inviting them. The maximum number of friends to invite is 4, which you can do through your Steam or Origin account. With 128 player lobbies, it is no surprise that Battlefield 2042 can bring even the strongest of PCs down to their knees. However, you don’t need to worry anymore. Assemble PC from the MVP to get your hands on a rig that’s both reasonably priced and delivers when you need it to.

Even though you will enjoy the game better with close friends, what if you don’t find any of them playing Battlefield 2042. So, the next option is to play with strangers as your friends. Also, there are times when you play with someone and notice they’re really good and wish to invite them. So, if you want to do that, first of all, press ESC on your gaming keyboard. Then, click on “Squad & Players.” Once you do that, a list containing the players available for you to pick will appear.

Start clicking on the names of the players and select the “View Profile” option. Once you do that, you’ll be shown the player “Origin account.” From that account, send them a friend request and wait for them to accept. As soon as they do, they’ll automatically become your friend and appear in your own list where other friends are to enable you to invite them.

Many enthusiasts are asking whether Battlefield supports crossplay. This is a setting where you can play with your friend across different platforms. For example, maybe your friend is using a PC while you’re using PlayStation 5, and both of you can play the same game simultaneously. In such a case, your hardware is different, but you’re playing as a team.

Well, Battlefied 2042 supports crossplay but not cross-gen crossplay. The latter means that a user of PS5 cannot play with PS4 users. Right now, the beta version doesn’t support cross-play at all. But the information is that the full version will allow it to an extent. The cross-play is at default now. And gamers who have PlayStation 5 and Xbox Series X1S and PC can enjoy a cross-play functionality. Also, the gamers on Xbox One and PlayStation 4 can play as friends simultaneously.

Another important information is that you can even turn off the Cross-play if you don’t want to. But you should note that the queue times will increase because your action has reduced the number of players you have to match with for the game.

Playing video games with friends is an experience worth enjoying. So, if you’re yet to try that, don’t hesitate from today. Thankfully, Battlefield 2042 will allow players to pair with their friends and the upcoming battle. So, we hope that this article has helped you prepare for the launch date. Don’t forget; you can also add random strangers to your friend’s list and invite them to join you. Also, as many people keep wondering whether cross-play is possible, we’ve shed light on that based on the information we have from DICE.

Review How to Play Battlefield 2042 with Friends?. Cancel reply

3 Events That Bring People Together While Naturally Encouraging Social Distancing

Keep Yourself Healthy and Happy by Going Online

Some Of The Frequently Asked Questions Associated With Custom Bumper Stickers

Spectrum Gold Package – What’s In It for You?