The Best Mortal Kombat Games in History – Mortal Kombat is one of the best games in history without a doubt. It was revolutionary because it didn’t use cartoon animations, it used real martial artists in video captures which made it very real, besides it was the first one in which blood was present and that made it very controversial. 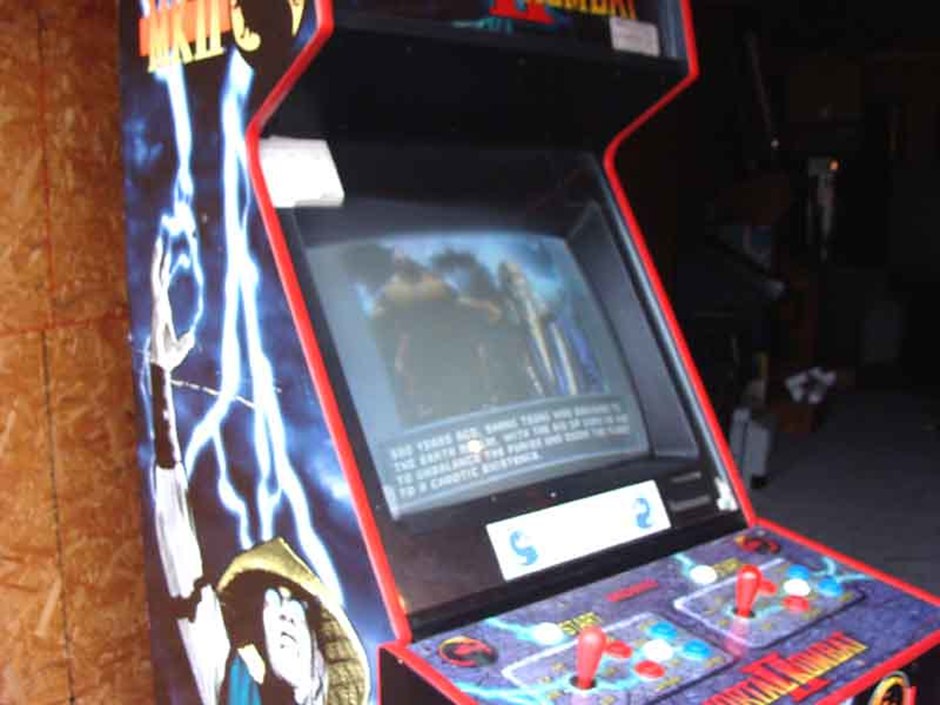 Several titles have been released and there is everything. Some are very good, and others, unfortunately, did not reach to be good, is that with such an iconic delivery is difficult to maintain the excellence that always aims for excellence.

If you are interested in knowing how much does esports players make click here, there you can find out about this and more. Also, you can find the best gaming tips and trends, to make your gaming experience much more enjoyable.

Let’s forget about the bad stuff Mortal Kombat released, let’s review the best ones and the ones we still play today.

Obviously, we couldn’t leave out the original game. At the time when it came out, it was revolutionary. We were used to Street Fighter, with fancy animations and fights with extraordinary characters. Many titles tried to fight with Capcom’s giant, but no one could match them.

It was in October 1992 when Konami took the risk of releasing Mortal Kombat and it was a bombshell. Using real characters, which were captured with film cameras and state-of-the-art technology, they included them in the console, this meant that the budget was very high, so the risk was huge.

Besides, the inclusion of blood was something that attracted a lot of public attention. The game was a success, but what made it explode was the surrounding controversy. It was described as ultra-violent, so, for the sheer morbid desire to play it, it made record sales. An instant classic.

For the second part, another effort had to be made. Expectations were very high and Konami decided to go all out, they couldn’t miss. The last game had been a success because the inclusion of fatalities made people want more. Besides, they knew that they had to include more characters to make the game more extensive.

Also, to silence a little bit of the critics about the violence. Babalities and friendships were included which were a kind of mockery to all those who wanted to cancel the franchise because you could make friends or turn your opponent into a baby, so they gave you the option of not tearing his head off, no game did this. Revolutionary.

After a few years of not releasing good games, it was decided to start over and relaunch the franchise. Mortal Kombat 2011 was a completely new game, with the same characters, but more things that only the genius designers of NetherRealm Studios could come up with.

This game had the classic fatalities but introduced x-rays, which was basically seeing what happened to your opponent in real-time after you hit them. This blew the minds of fans who needed that dose of violence that the title always offered.

It also had the option to download content and upgrades online, so you could customize the game a lot, which made it completely yours and a unique experience. When it came out little was expected because the last installments had been mediocre, but this one was a beauty, it won everyone’s heart again, and paved the way for what was to follow.

The sequel to the one that came out in 2011. The studio thought it would be good to bring out new characters because there was a new generation of fans and it was only fair to offer them something new and unique to their time.

The game had a darker and more violent tinge that delighted fans, new and old. There were many options within the game apart from the arcade classic and the downloadable content was even more extensive. The player had a lot to choose from.

Besides, the game engine was different which made it even more dynamic, which attracted more of the new generations because those who knew the first were more accustomed to a slower pace, but it was a bombshell.

In 2019 this game came out, which when it came out was not thought to be able to offer more, but they were surprised with many more characters and licenses like the Terminator, or Robocop and player customization.

This meant that you could make your own fighter and create yourself within the game to participate in the tournament that decided the fate of the earth. New characters were included and you could even travel back in time.

They thought outside the box and it is considered one of the best Mortal Kombat titles.

It is complicated to list them all because they all have many advantages and things that we love, that’s why we only leave you with the ones we consider the best and that will surely surpass generations.

In 2023 Mortal Kombat Onslaught will be released, which is an RPG. NetherRealm is looking to make other types of games other than fighting games. They do not want to be pigeonholed and seek to offer more adventures to the user.

This does not mean that there will be no more fights, on the contrary, if they release Onslaught it gives them time to plan the next title that is planned to be spectacular. They have been looking for more licenses from classic players and there was talk of a crossover with more franchises.

Mortal Kombat is a classic that will never go out of style. Everyone has their favorite and it is usual to use your character in all games because it is the one that suits you best. The gimmicks are similar and so is the feeling. Movies and thousands of products have been made from this franchise that started in 1992. Which is your favorite character, and which is your game of choice?

How to buy Ethereum with a Credit Card

Rune is a New Tennis Star and a Very Complex Character

How to Rank Up in Valorant?

From Gaming to Googling: Getting the Most Out of Your Smartphone

The latest and tips & tricks on how to become better in...

How to Resolve Problems with Wi-Fi on the Game Console?
2 years ago
Necessary steps to be followed to get yourself accredited with SAFe certification
7 months ago
What is Hacker? – Types of Hackers According to their Behaviour
2 years ago
Copyright © 2022 All Rights Reserved by Techies Guardian