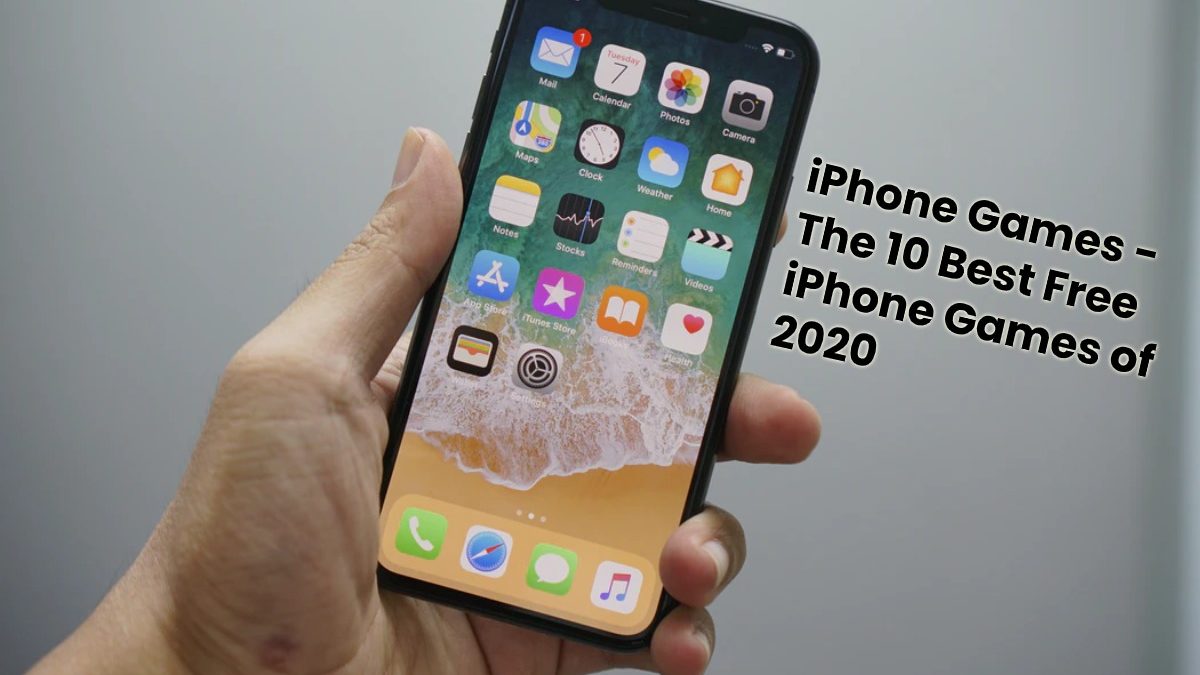 iPhone Games – Having a quality free game on your mobile is a real blessing, as you can simply play without spending your money. However, it can be difficult to find a free game out of the more than 800,000 titles available on the App Store. That is why we bring you a list of the 10 best free games for the iPhone. So keep reading to the end.

PUBG Mobile is an iPhone game, without a doubt, one of the best iPhone games that you can find on the App Store. In this game, your main objective will be to survive, and you can use the weapons, cars, and shelters to be the last one standing on an island where you face 99 other players. It also features different game modes where you can play solo or join a squad to take on others.

You will also find different maps available, and each map has its own difficulty. The game is extremely fun, and if you like Battle Royale games, then PUBG Mobile is a great option for you. And best of all, it’s completely free.

Also Read: Tips to Improve the Internet Speed of the PS4

If you are a regular Netflix user, you have most likely come across the hit series Stranger Things. This title is based on said series and was released to celebrate the launch of the second season of the production.

The game uses retro-inspired graphics from the 80s, and in it, you will have to solve the most enigmatic puzzles. It also features the different characters from the series, who boast unique abilities. So if you are looking for a puzzle video game, this title cannot be missing from your smartphone.

Shadowgun Legends is a fantastic first-person shooter in which you will play the role of a terrible stone-cold assassin. Here, your objective will be to execute the given tasks and complete all the missions, in addition to showing your skills in the arena, where you will face the most terrible waves of aliens. If you survive these waves, you will get a great reward.

This iPhone game is free but has in-app purchases. However, you have nothing to worry about as these are cosmetic items, and you can progress through the game without spending a penny. So don’t wait any longer and go to the App Store and download this incredible title(iPhone game).

Also Read: How to Solve Problems with Wi-Fi on the Game Console?

Data Wing is a really fun racing game, where you’ll guide your little triangular spaceship on a somewhat narrow racetrack with neon lights. The game has very minimal graphics, but it looks great on your mobile screen.

Fortnite is one of the most popular Battle Royale of the moment. It has a game mechanic similar to other titles of the genre in which you have to survive on an island against 99 other players. However, it comes with a unique crafting mechanism where you can build different structures.

As if that were not enough, you also have the option to form a team with your friends and play against other squads until you are the winner. It is definitely a game(iPhone game) that you will love, and if you like strategy and also want to live the best experience of a Battle Royale, you must download Fortnite.

Also Read: 4 Reasons Why You Need a Smartwatch

Asphalt 9: Legends is another great addition to the Asphalt series, which is considered the best racing series for mobile devices. This title is just as amazing as its predecessor and comes with hundreds of cars to choose from, many races, including daily, weekly, and monthly challenges.

The game also brings the improved control system known as “TouchDrive” that allows you to compete more easily and enjoy all the details of the race. It is one of those games(iPhone games) that all lovers of cars and speed must-have.

Brawl Stars is an extraordinary MOBA-style game developed by Supercell in which you team up with other players and fight the other team in an online arena. In this title, you can select characters called Brawlers, and they will help you get the most cups or trophies to advance the game.

Also, it includes multiple game modes, and each mode has its own objectives that make the game more fun to play. Not for nothing has it become one of the most popular games(iPhone games) today, and of course, it is completely free.

Also Read: What is Smartwatch and Fitness Tracker?

Pokémon Go is another very popular game that you can download on your iPhone, and that has revolutionized the world of augmented reality.

The game is that it allows you to interact with your favorite Pokémon with the help of augmented reality, you will have to wander from here to there in search of the Pokémon to capture them.

Here you will find the most famous characters in the Pokémon universe, including Pikachu, Charizard, Venusaur, and much more. You can also team up with other players to defeat powerful Raid bosses. If you are looking for a different experience, this is your best option.

Clash Royale is another world-famous game(iPhone games) from Supercell. It is basically an action game in which you will have to defend 3 towers at the same time that you attack your opponent’s towers to destroy them in 3 minutes. For this, you will have to select a deck with your 8 favorite cards and measure yourself against other players in 1V1 or 2V2 battles in an arena.

The game features dozens of very powerful cards or troops, and each of them has its abilities and powers. Clash Royale also includes special events that appear from time to time and are the delight of its millions of fans. The game has in-app purchases, but you can play without spending your real-world money.

Also Read: What are PLC Devices?

Finally, we have another ideal game for puzzle lovers. It is Mekorama. This has become one of the most downloaded puzzle games in the world and has very simple gameplay. You will have to work a word, and you will be able to change the angle and move things, according to your convenience until you finish the puzzle.

The game also has very relaxing background music, which makes the game more attractive and enjoyable to play. It is one of those titles that, despite its simplicity, catches you from the beginning and keeps you glued to your mobile for a long time.

In conclusion, this is our list of the best free games for the iPhone, and we hope you liked it, and you can enjoy it on your mobile. Also you can find more helpful resources at theknowledgeblog.

Also Read: Do I Need to Install Extra RAM on My Computer?

Do I Need to Install Extra RAM on My Computer?

Gaming: These free Games will Convince you in 2022!

The Dogecoin Benefits in Online Gambling

These are The 10 Best Strategy Games for Android and iOS